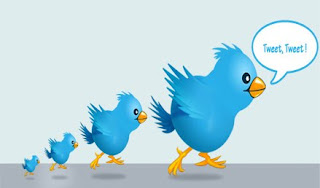 For a lot of us runners, January is the bleakest of months. The last running season is an increasingly distant memory. Some are in a total break, resting away. Some start thinking of their next season, but with winter covering our favorite paths and trails, few of us actually go out and do some running. We don't have much to look forward to in the immediate future. We're mostly bored.

Maybe that's what blogger and coach Doug Cassaro was thinking when he created his January race. Or maybe he was thinking of faraway friends, of fellow runners in warmer climates, of the loss of peer contact we runners suffer during winter. I don't know what he was really thinking, but somewhere along the way, he had a stroke of genius.

Unite the virtual and real worlds. And race, of course.

So he created the first-ever Twitter Road Race, an event organized and held in the virtual world, but ran in the real one. Pure awesome!

So wherever you'll be, whatever conditions you live in, come January 21, you can join a race of thousand of happy runners, set your own course outside or on a treadmill, and join the fun of a world premiere, a 5K race ran all over the world, all at the same time!

FlintLand got a hold of Doug, in between his virtual race director duties, for a couple questions. 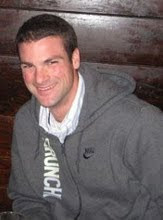 FL. Is this a world premiere?
DC. Yes. As far as I know, no one has put on a race of this nature via Twitter. I'm very excited about what the future holds for this event!
FL. How did you get the idea of mixing road racing and social networking?
DC. Runner camaraderie. The amount of support runners give each other at races and on Twitter amazes me. So, I got to thinking one day, "Why not put them together?" The overall response I've gotten from everyone on Twitter has been incredible! Never in my wildest dreams did I think this race would take off as quickly as it has! While I may have come up with this idea, I give all the credit to the runners on Twitter for getting the message out. You guys are awesome and this race wouldn't be possible without you! I can't thank you all enough!
FL. How is the race going to work? What are the rules?
DC. The way the race is going to work is simple. On race day, all you need to do is head out your door and run! It's up to you to decide what the course is going to be. When you finish, there will be a form on my blog where you record your finishing time. Results will be posted within 24 hours.
There are only two rules for this race. 1) You must be a Twitter user. (Sorry guys, there is a reason why it's called the Twitter Road Race) and 2) You must submit your time before 11:59PM Hawaiian Time (to accommodate runners in all time zones) on the day of the race to be classified as an official finisher.
Those that are interested in signing up can go here: Twitter Road Race

FL. Who’s going to win?
DC. Haha, no idea! Of course there will be an overall male and female winner, but this race isn't about who comes in first or who is the fastest. It's about bringing people together that share a common passion!

FL. How many people have enlisted so far?
DC. 231 and counting! A notable runner to mention what will be joining is Runner's World Chief Runner Officer, Bart Yasso!

FL. What’s your background?
DC. I started running in 2007 and have not looked back since. I'm a RRCA-Certified Running Coach and proud coach for my local running club. I've completed 25 marathons and 1 ultra, so I think it's safe to say I'm a fan of endurance racing. I primarily train and race on the road, but recently the trails have been calling my name. 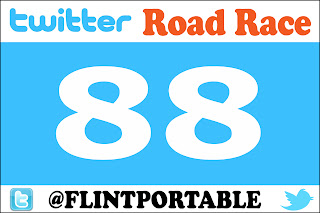 So I don't know about you, but I know where I'll be on January 21st. I'll be virtually chasing Doug and a whole bunch of my running friends, racing my ass off on the treadmill, a large grin of my face and a whole bunch of bewildered gym folks looking at me sideways in confusion...